Mark Peterson is proud to be a Hunter and Conservationist.

His dedication to the outdoors allows him to also be an outfitter and TV host.

For a big game hunter, there is no greater achievement than completing the Super Slam of North American Big Game®—To do this the hunter must have registered the legal taking of all 29 of the traditionally recognized species of big game animals native to North America.

Mark’s goal is to become the first person to do the slam three times, once each with a Bow, Muzzleloader and Rifle.

This feat that has never before been accomplished. 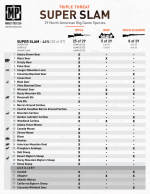 Mark completed the World Turkey Slam in a single season, tagging all 6 species across the US and Mexico.

The Journey Within – A Bird Hunter’s Diary is Mark Peterson’s quest to hunt and harvest the 27 different species of upland birds.

The Journey Within – A Bird Hunter’s Diary is Mark Peterson’s quest to hunt and harvest the 43 different species of North America waterfowl.

The Journey Within – A Bird Hunter’s Diary is Mark Peterson’s quest to hunt and harvest the 20 different species of South America waterfowl. 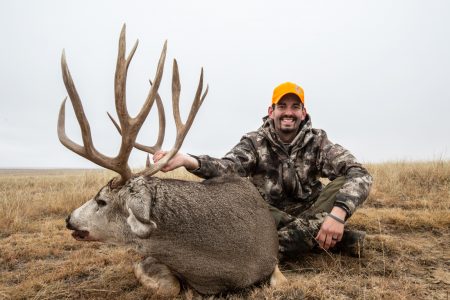 "Success on every hunt is not measured by inches of antler, but by the journey it took to get where the hunter desires to be."

Growing up near Lake Michigan, in the rolling hills of Oceana County, Mark developed a love and passion for hunting and the great outdoors at an early age, fostered by his father Earl, who is an avid wingshooter. Starting at age 4, Mark went wilderness camping with his father in 12” of snow during January. With only a candle for heat, he’d listen to hunting tales from around the world and dreamed that someday he would create stories of his own.

For the past two decades, Mark’s hunts have continued in Michigan but also expanded to other areas around the world. In 2013, Mark completed his Grand Slam of North American Sheep.

In early 2013, Mark decided to leave his family’s fruit farming and processing business to turn his passion into a full-time quest. He spends about two-thirds of the year out in the field. Mark is also the host of two Pursuit Channel series Mark Peterson’s Expedition Series and Mark Peterson’s Triple Threat.

Mark continues to hunt with his father, who has appeared on his television shows. And now, there are 3 generations of Petersons out there, hunting and enjoying the outdoors together.